Amadeus Gallery are delighted to be exhibiting a selection of paintings by West Sussex painter Ashley Jones.

Ashley attended West Surrey College of Art and Exeter Art College , and started his art career in a graphic design agencies as an illustrator. Ashley worked in London which he found creatively stimulating, but not where his true artistic interest lay, on moving to Chichester he discovered the beaches of the south coast and began working on the imagery of beachscapes.

His work explores the light and space of the Solent, especially his local area of West Wittering, where the looming shape of the Isle of Wight offers a counterpoint to the large skies and the expanse of tide-lined beach stretching ahead.

Influenced by Edward Hopper’s watercolours of Cape Cod, Edward Seagoe’s cloudscapes and Fred Cuming’s delicious views of Camber, he strives to achieve his own language in describing this particular space. Ashley says “Placing figures on the tide lines allows the human element to connect with our own memories and associations of beach days”.
&nbsp: 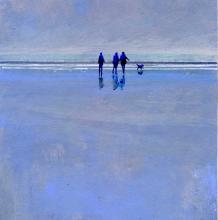 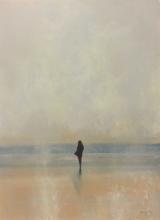 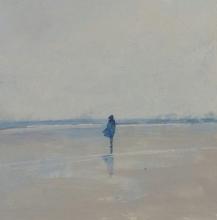 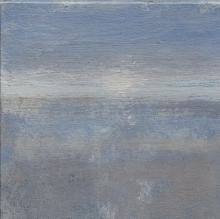 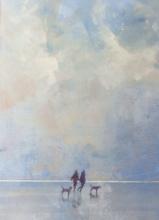 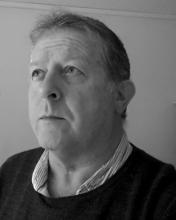